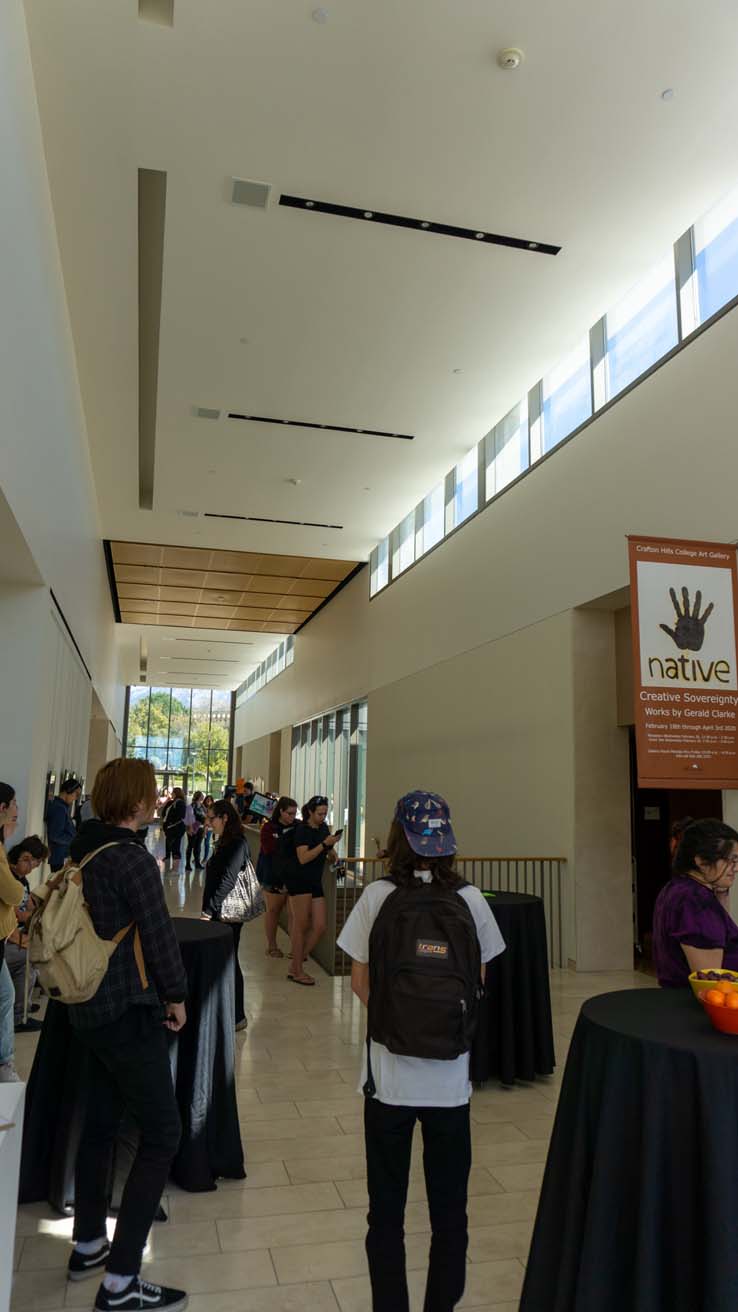 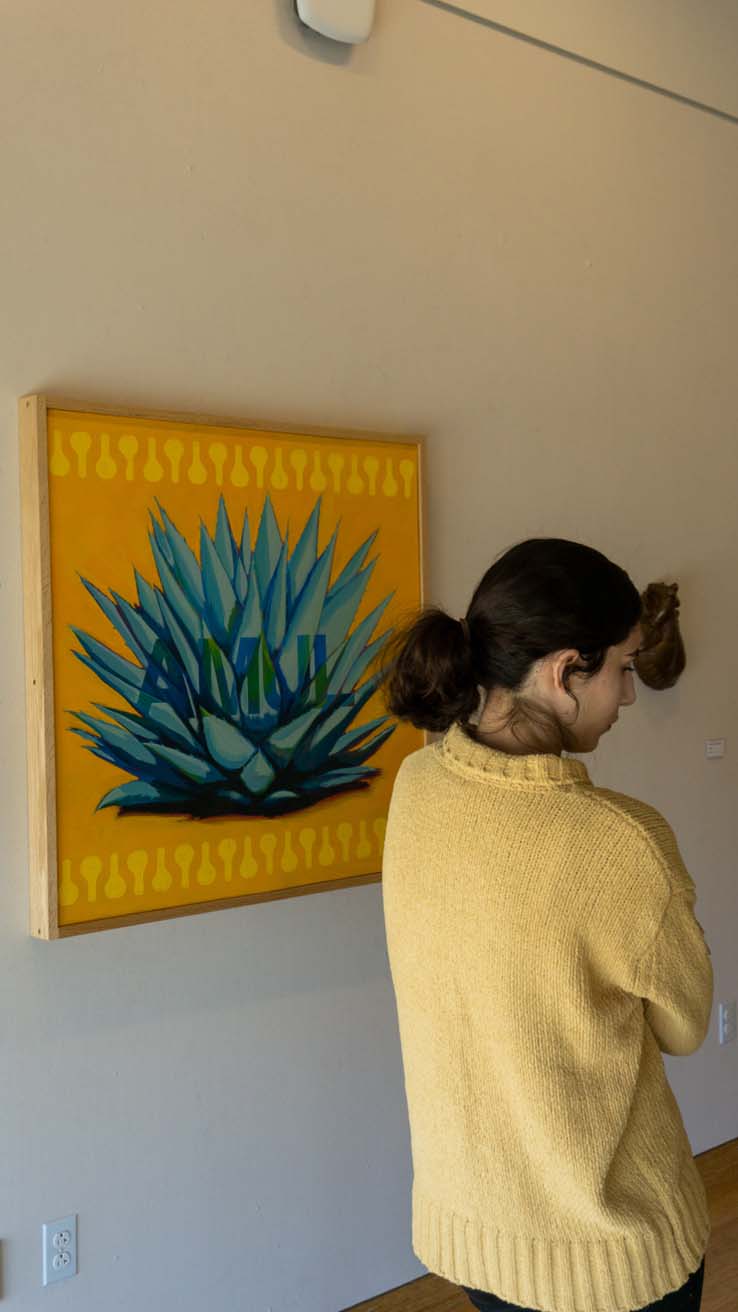 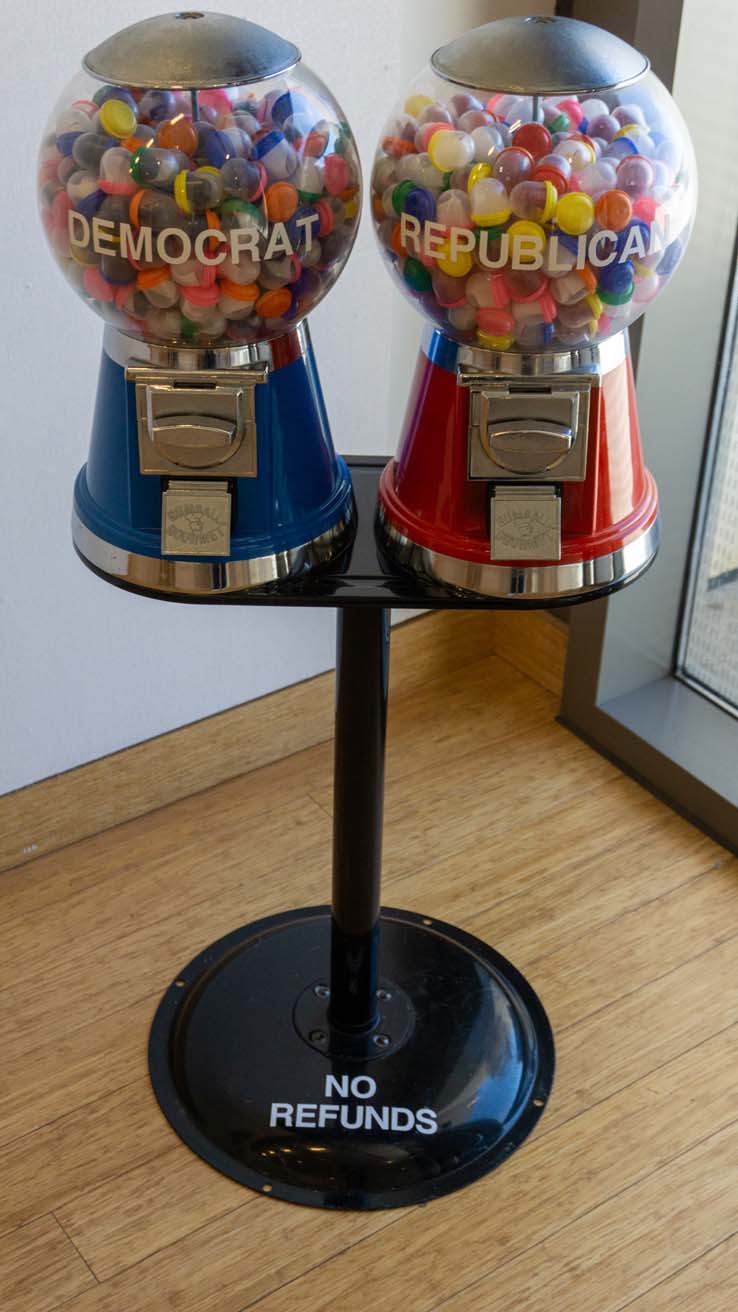 The reception and artist talk forCreative Sovereignty Works by Gerald Clarke was held on February 26th. Clark, an artist and member of the Cahuilla Band of Indians, is a full-time faculty member at UC Riverside. During the artist talk, Clarke discussed continuation of tradition through the lens of an artist in the 21st century. Clarke explained the political and personal nature of his art and reflected on how it is inspired by the stereotypes, racism, sexism, and continued struggles of Indian nations.

Clarke’s work reveals what he believes to be his charge as an artist -- to convey the importance of social, political, tribal and familial responsibilities. As a working Cahuilla artist, Clarke noted that viewers at his exhibits often expect to see traditional Indian crafts in the form of turquoise jewelry, basketry, painted cow hides, etc; however, they regularly realize their own stereotypical expectations when they leave the exhibit with a new understanding of art made by contemporary Native American artists.