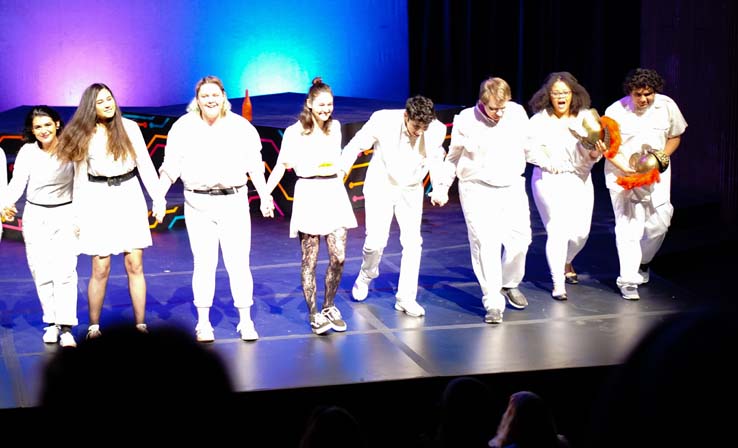 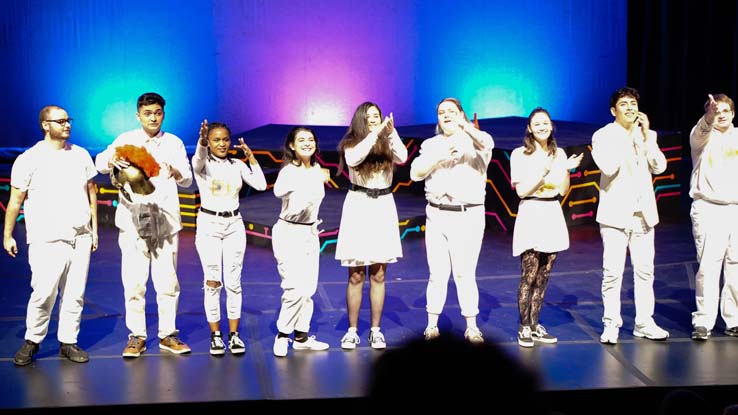 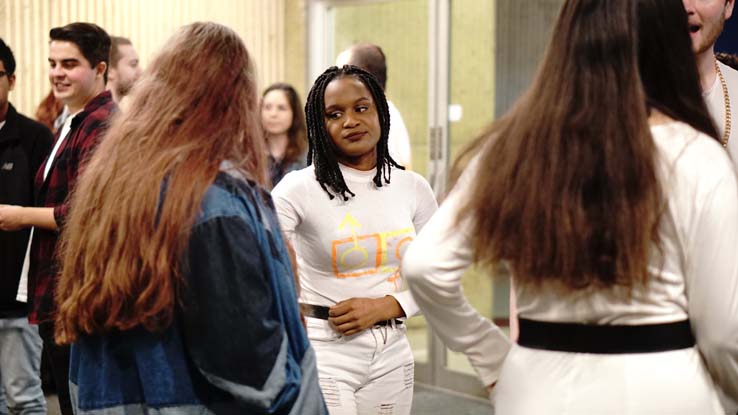 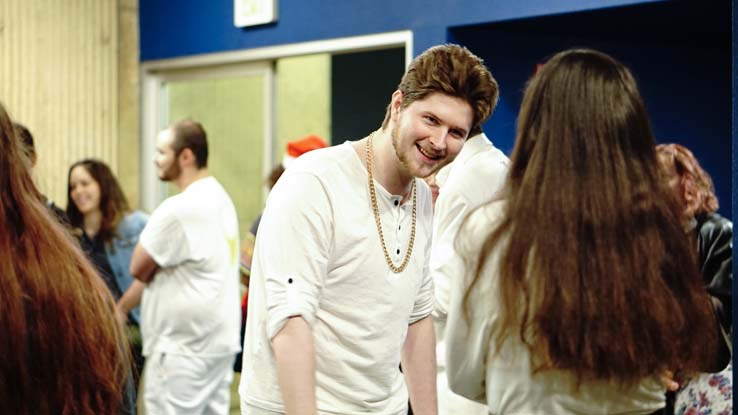 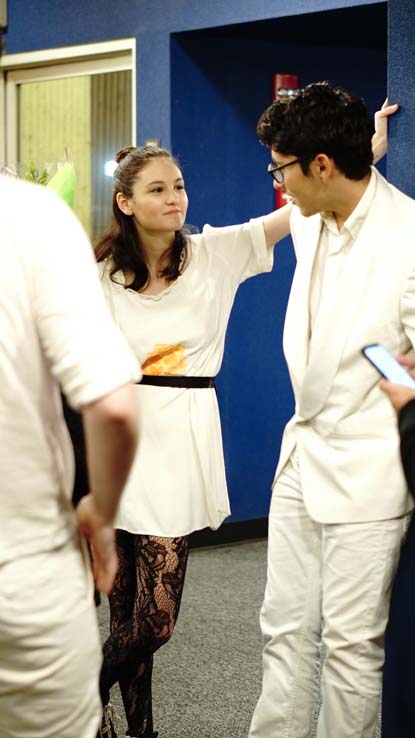 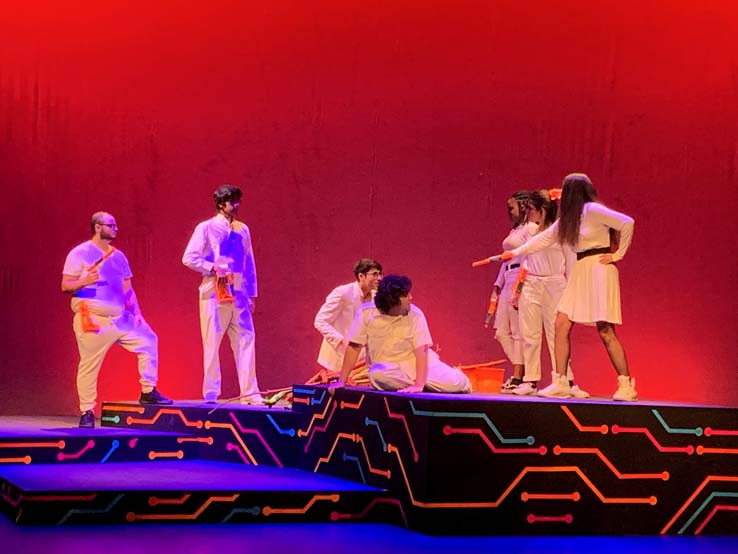 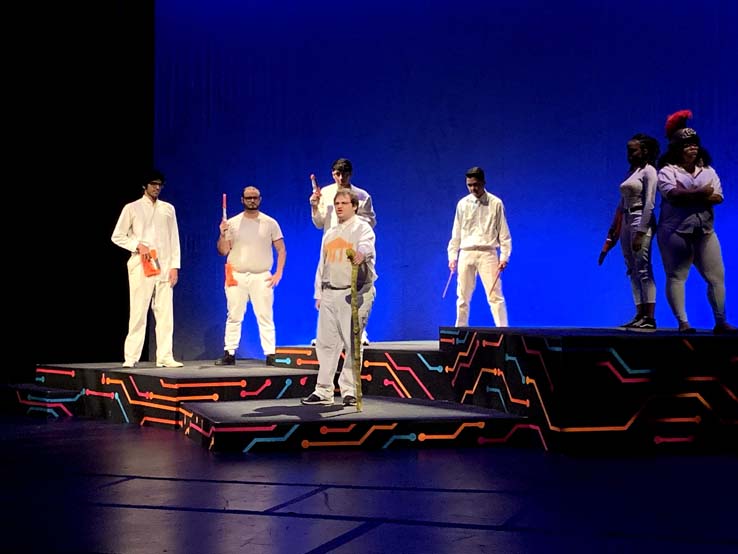 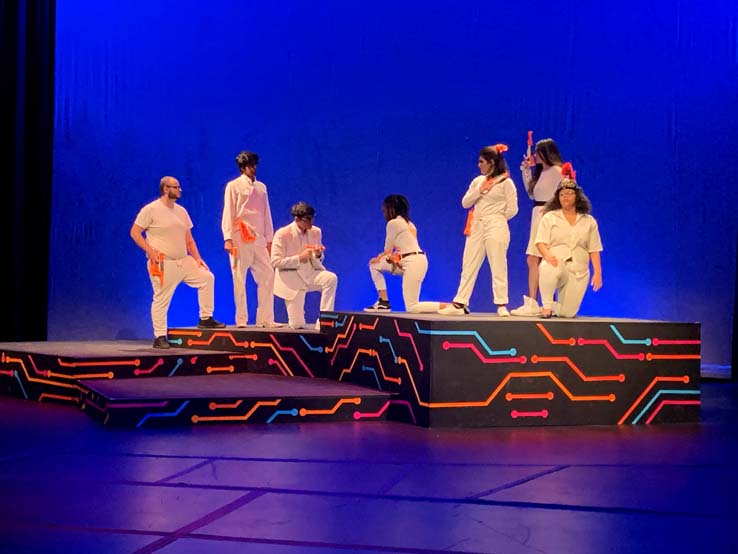 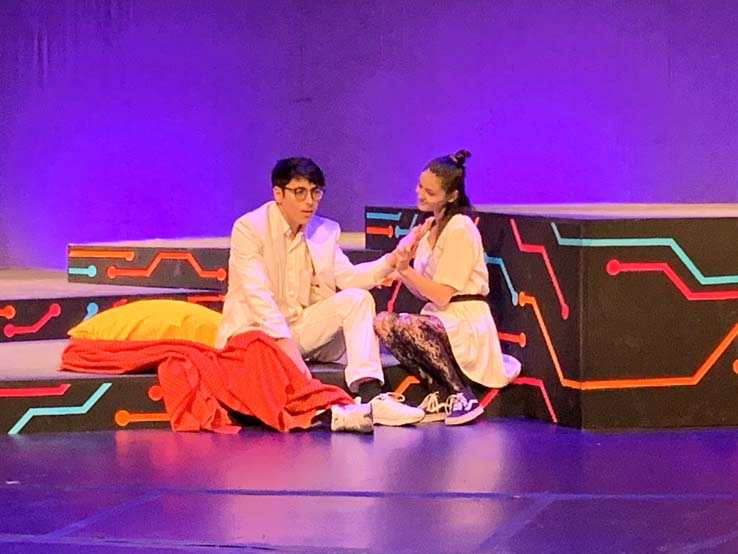 The Crafton Hills College Theatre Department presented Lysistrata, Directed by Andrew Gilchrist, on December 13th, 14th, and 15th in the Finkelstein Performing Arts Center. The cast did a great job bringing this comedy to life, with Hannah Barnes starring as the formidable Lysistrata. Audiences enjoyed a futuristic spin on the old classic in which a band of resolute women conspire to put an end to the Peloponnesian War by forcing the men to negotiate for peace. Replete with laser guns and staged on what looked to be a Tron-inspired set, this incarnation of Lysistrata will be remembered for quite some time. Great job cast and crew on a successful show!