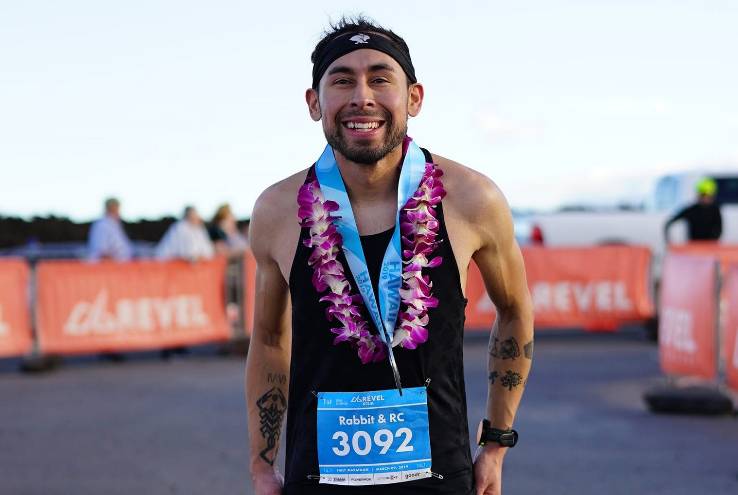 The rolling hills around Crafton Hills College will soon transform into the field of play for new cross-country teams that will compete in the California Community College District Athletic Association.

Josh Estrada, 29, is the new head coach for the sport that will express the spirit of the school mascot: Ryker the Roadrunner.

“This is a brand-new team,” he said.“We are recruiting both women and men and we are starting from ground zero.” He has a year to recruit and train a team with competition starting in August 2022. Cross Country will be the third competitive sport for Crafton Hills College, along with swimming and water polo.

Estrada, who lives in Redlands, said he is already starting to get calls from high school coaches who want to recommend athletes. “We expect to see an influx of runners who will choose Crafton Hills because it is close to their homes,” he said. “This is another opportunity for students to have an outlet to be active and to have a place to belong.”

Estrada ran two years of cross country at Redlands East Valley High School after friends convinced him it would be fun. “I ended up falling in love with it,” he said. One good thing about the sport is that athletes can set individual records in addition to team records. So even runners in new programs can stand out quickly in the regional and state rankings.

He earned his bachelor’s degrees in kinesiology and psychology together after deciding that he liked to know what motivates people to compete and succeed in sports.

He has 12 years of coaching in local running clubs, so he knows some of the athletes already. Most recently he was the cross- country coach at Hillcrest High School in Riverside, building a program from scratch.

“It’s a huge passion and I’ve seen a lot of success in coaching and in my methodology of coaching,” he said. “I like to see the students develop into something more than they themselves were able to perceive. I like to see them understand their own potential and how far they can go, not only in sports but in scholastics or in another personal goal.”

Estrada described coaching as a career that fell into his lap rather than one he had to chase. He thought Hillcrest just wanted to consult with him about building a cross country team. When he arrived, administration said, “You’re the most qualified to coach the team, so how about it?” He did well there, and he found coaching was a good fit for him, so he stuck with it.

He also works with physical conditioning of students working at Crafton’s Fire Academy program. So, he was nearby and well known when Crafton needed a new coach.

Prospective athletes who are interested in joining the team can reach out to their current coach, or they can reach out directly to Crafton Hills College at CHC_info@ craftonhills.edu.