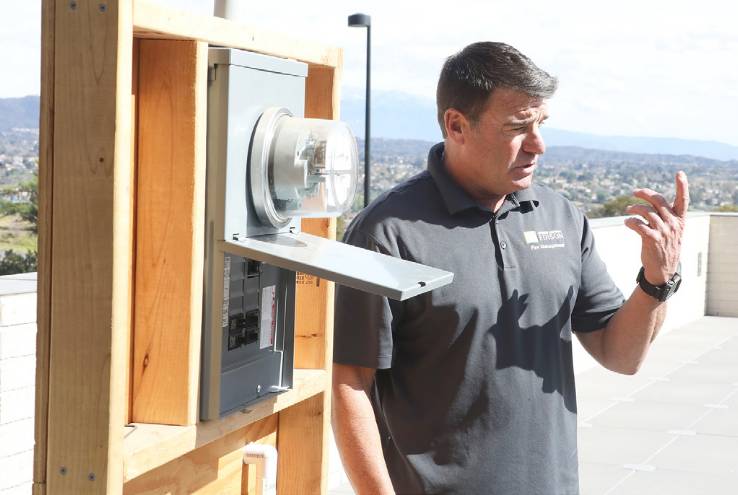 For 25 years, Dan Sullivan was a firefighter and later captain in the Los Angeles City Fire Department. Throughout his career, Sullivan noted that at each structure fire call he responded to, he and his crew paid special attention to staying safe around electricity. It is a lesson he continues to pass on to his students now as an instructor at Crafton Hills College’s Fire Technology Program.

“Electricity is a big factor in the fire service, and you have to be aware of electricity in everything you do,” said Sullivan.

Sullivan was joined in early March by Scott Brown, a member of Southern California Edison’s Fire Management Team, to help teach electrical safety to the Fire Protection class. “There are no tools to deal with electrical safety; only training can keep you safe,” said Brown, who noted SCE trains about 2,200 firefighters around electrical safety in a year. “We are their partners in this. Safety is our number one priority.”

During the two-hour class, Brown discussed the hazards fire personnel may encounter around power lines, including poles hit by cars, structure fires, underground vaults, dig-ins, substations, and wildfire response. This presentation is part of an ongoing partnership between SCE and Crafton. Edison, a parent company of SCE, recently provided a $25,000 grant for fire program scholarships.