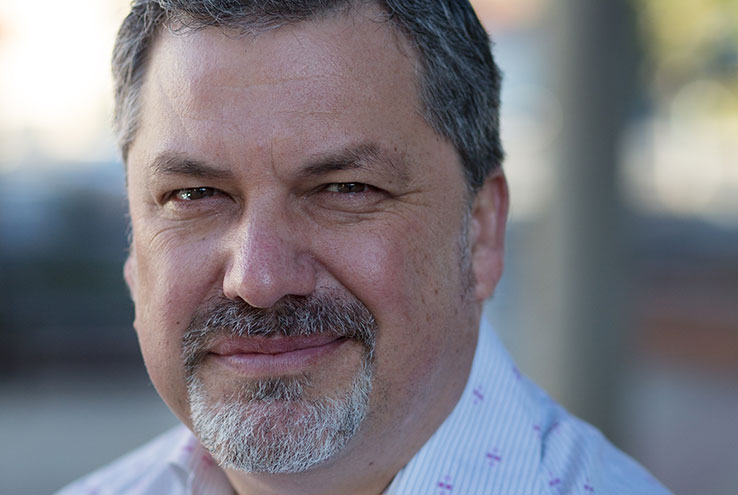 The Crafton Hills College Theatre Department has new leadership with Paul Jacques joining the college faculty for the fall semester, 2019, as a Professor of Theatre Arts.

Jacques is an advisory board member for BellaJohn Theatricals in Riverside and he has portrayed Charles Dickens for the Riverside Dickens Festival for 15 years. He holds an AA degree in music from Riverside Community College, a BA in theatre from UCR, an MFA in creative writing/writing for the performing arts (playwriting and Screenwriting), and is working on his Ph.D. in English from Claremont Graduate University.

“I am excited to work with this group of students as well as the theatre faculty and staff to build on the amazing tradition that Crafton Hills has in its theatre program,” said Jacques, “The Crafton administration is very supportive, and this year should be nothing short of amazing.”

The first performance of the season is “Musical Showcase,” directed by Andrew Gilchrist
Friday, October 4 and Saturday, October 5, 2019, at 8 pm
Sunday, October 6, 2019, at 2 pm

The next performance, Lysistrata, will be December 13, 14 and 15.  Lysistrata is an ancient Greek comedy by Aristophanes, originally performed in classical Athens in 411 BC. It is a comic account of a woman's extraordinary mission to end the Peloponnesian War between Greek city states by denying all the men of the land any sex, which was the only thing they truly and deeply desired. Lysistrata persuades the women of the warring cities to withhold sexual privileges from their husbands and lovers as a means of forcing the men to negotiate peace—a strategy, however, that inflames the battle between the sexes.