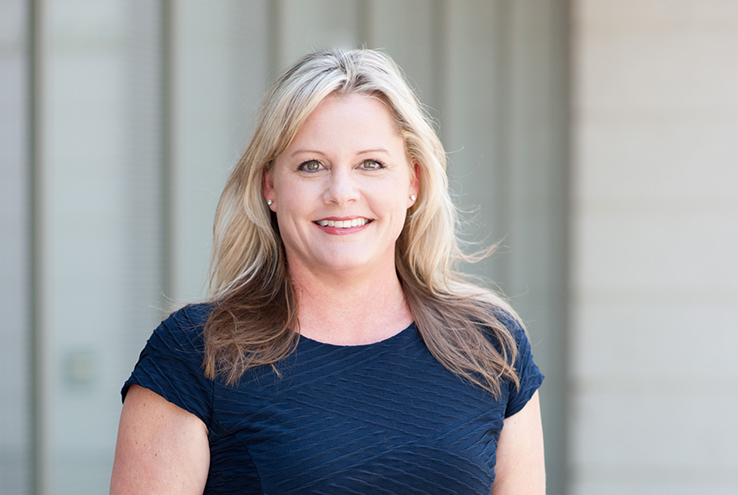 Michelle Riggs has worn many hats during her tenure at Crafton Hills College. But her latest role will have her diving more into the storytelling element of the Roadrunner campus – from its student population to campus improvements.

“This new role really just expands what I have been doing already,” said CHC’s new director of institutional advancement. “It is my job to enhance the college’s visibility and reputation, foster goodwill, increase support, and build endowment funding for the (Crafton Hills College) Foundation.”

Crafton’s president Kevin Horan appointed Riggs to the new position after a recent opening in the college’s marketing department. That vacancy led site officials to evaluate the college’s “past marketing efforts and the opportunities and challenges that are in front of us today,” Horan said.

“Michelle’s experience with promoting the mission of the college and experience presented an opportunity to include the marketing department in her areas of responsibility,” he continued. “Michelle will be able to capitalize on our resources to continue to promote and develop outside support for the institution.”

Riggs’ association with the college stretches as far back as 1993 when she began attending CHC as a student. She received an AA degree in Liberal Arts and Science/Liberal Studies from Crafton in 2008 prior to graduating from Riverside’s California Baptist University in 2009 with a Bachelor’s in interdisciplinary studies/public administration. In 2011, Riggs earned a master’s in management from the University of Redlands.

She began working for Crafton in 2008 as an administrative secretary for the college’s research and planning office. Prior to her recent appointment, Riggs served as the director of community relations and resource development for Crafton and oversaw the CHC Foundation, a nonprofit that supports the Roadrunner community year-round through student scholarships and campus improvements.

The annual foundation gala – the nonprofit’s signature fundraiser – helps subsidize much-needed funding, and its most recent endeavor held March 28 brought in $125,000 to support the cause. Overseeing the event and other Foundation-related matters will continue to be one of Riggs’ main responsibilities in her new role.

“Over the past five years, Michelle has shepherded the Crafton Hills College Foundation to substantial success, and her leadership helped increase the foundation’s revenue by over 400 percent since 2013,” Horan said.

Riggs is eager to get started. When asked what her focus of storytelling would be, she said it was hard to settle on one focal point. But one of Riggs’ main objectives is to “tell it all.”

“At Crafton, we transform lives through education. We provide opportunities for those who might not otherwise have the opportunity to pursue higher education – like myself,” she said. “But there is so much more to Crafton. I want our community to see Crafton as a first choice to prepare students for successful and meaningful careers.”