Gordon A. Clopine, long-time faculty and friend of CHC, passes away. Skip to main content

Gordon A. Clopine, long-time faculty and friend of CHC, passes away.

Home » News and Public Relations » Gordon A. Clopine, long-time faculty and friend of CHC, passes away. 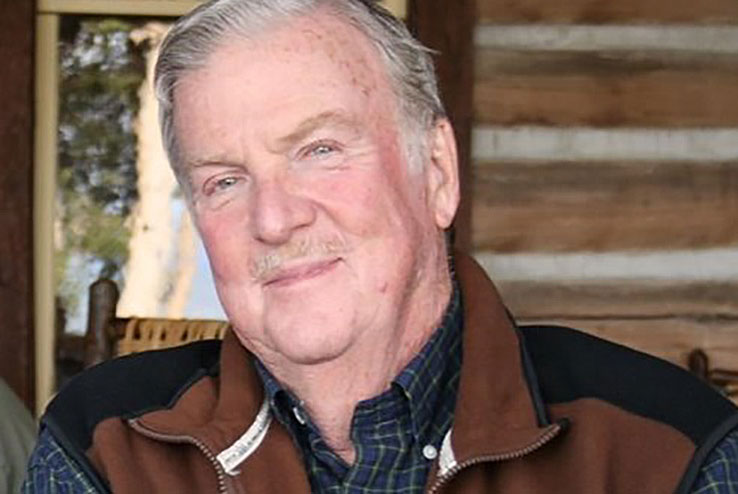 Gordon Alan Clopine, age 81, passed away Thursday, May 17 at his home in Beaumont with his loving wife of 39 years by his side. Gordon was born November 28, 1936 in Los Angeles, California to Walter Gordon and Sarah Elizabeth Donahue Clopine. He grew up on a ranch in Vista, California where he and the Clopine family had both orange and avocado groves. He graduated from Vista High School in 1954 and earned a bachelor’s degree in geology from the University of Redlands in 1958. He earned a master’s degree in geology from the University of Houston in 1960. Gordon met his wife, Sara Rose Lapinski on a field trip in Cancun, Mexico. They were married on March 2, 1979 and spent 39 years enjoying dreams, family, geology, ideas and travel together. They traveled the world, leading educational groups studying geology and natural history. Hawaii and the Polynesian Culture were especially important to Gordon. After many years of leading summer geology classes in Hawaii, he and his wife purchased property on the Big Island and built their cabin, Hale Kahua, which was a favorite place for both of them. Gordon started working for San Bernardino Valley College in 1961. After 36 years with the San Bernardino Community College District, he retired from Crafton Hills College as vice president of administrative services. Gordon also taught courses at the University of Redlands and the University of California, Riverside. He touched the lives of countless students, faculty, and staff during his career, thoroughly enjoying every day. In addition to college teaching and administration, Gordon founded his geological consulting firm, Clopine Geological Services. He was a member of the American Institute of Professional Geologists and a Fellow with the Geological Society of America. Gordon is survived by his wife, Sara Rose Lapinski Clopine and his four children from a previous marriage and their families: Dr. William Clopine and his wife Lillian of Farmington, NM; Susan Ward and her husband Joe of Sand Springs, OK; Russell Clopine and his wife Bobbie of Bryn Mawr, PA; and Cindi Smith of Sand Springs, OK. He has seven grandchildren, Emma, Spencer, Billy, Riley, Max, Sam and Jon. He is also survived by his brother, Bob Clopine and his wife Betsey of Newport, OR and their family. Gordon’s final resting place will be in Jackson, Michigan.

Gordon’s friends and family are collecting donations to endow a scholarship with the Crafton Hills College Foundation to honor Gordon’s memory.

Donations can be made at www.craftonhills.edu/foundation; enter Gordon Clopine Memorial Scholarship as Designated Program.