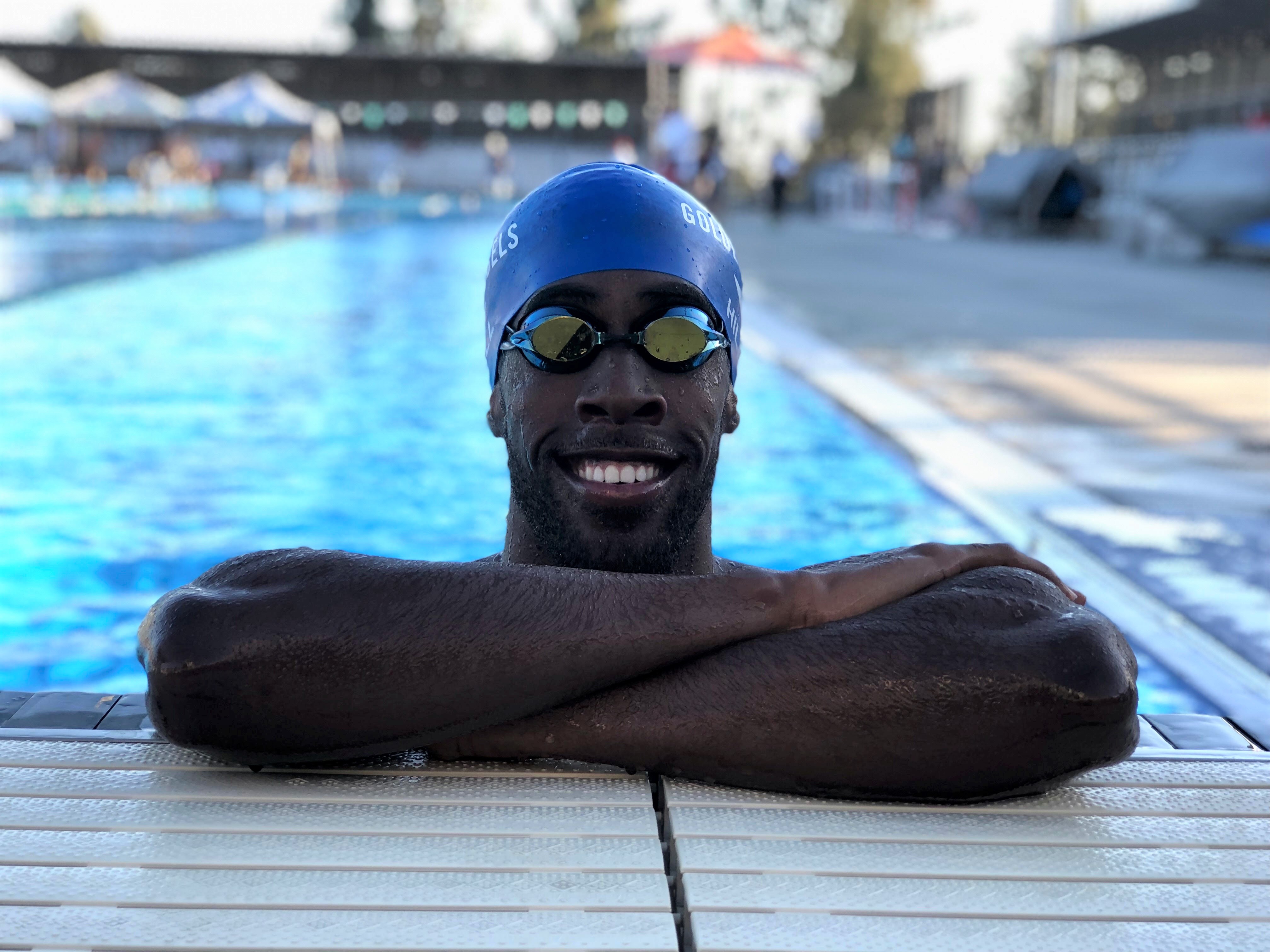 Jamal Hill, 23, of Inglewood poses for a photo at his first California Classic at Crafton Hills College on Saturday, Sept. 15, 2018. Hill, along with other participating athletes, are vying for a spot on the U.S. Paralympic team heading to 2020 Paralympics in Tokyo, Japan.

The two-day meet, which concluded on Sunday, Sept. 16, gave para-athletes the opportunity to compete against their peers on an even playing field – this time at the Crafton Hills College Aquatics Center where records of some of swimming’s best hang on the facility’s walls.

Athletes with impairments from all over the country gathered at the Yucaipa-based college to take part in a series of swimming-related meets of varied distances from the 50-meter breaststroke to 200-meter freestyle.

The meet is one of three similar events the NPC hosts across the country and is considered one of the NPC’s most emerging meetings, said Queenie Nichols, a director of high-performance Paralympic swimming for the U.S. Olympic Committee.

“So, it’s for athletes that have been swimming but it is not necessarily a national level meet. Athletes can make standards such as CanAm, emerging and national team standards,” she said.

Meeting those standards means coaches for the emerging and national teams could select athletes to be on their squad, Nichols added.

Athletes participating in the meet did so for several reasons. Some may have wanted to improve their times, while others – like Hill - have a bigger picture in mind: the 2020 Paralympics in Tokyo, Japan.

For years, Hill trained alongside the best coaches and athletes in swimming while keeping his diagnosis of Charcot-Marie-Tooth – a disorder that can affect movement, muscle tone, or posture – a secret.

Although he was slower than others, Hill never let his ailment stop him from achieving his goals, and when he discovered opportunities para-athletics offered athletes like him, it paved an additional set of roads for success.

“Honestly, this is all very cool. I don’t think I’ve ever felt more comfortable at any meet,” Hill said after the first day of Classic competition. “I have trained with some of the best out there, but there was always some sort of tension because you didn’t want to look different in any way. But today, today I felt like I was in my own skin – my own place.”

While the meet is considered a competition, fellow para-athletes sat on the sidelines cheering others on as they competed in their respective contests.

Among the bunch was Jessica Lang, one of the most decorated Paralympians with 23 medals under her swimming cap – 13 of which are gold.

Like Hill, Lang hopes to make it to Tokyo to compete in the Games. Tokyo would mark her fifth Paralympics - something she has been training for since the age of 10.

“The moment I joined Paralympics I knew this is where I belonged,” said the 26-year-old from Baltimore, Md. “I was with kids who looked like me and showed that it was okay to be different, and when I’m with them, there’s no place I’d rather be.”

Competition at the 2018 California Classic was fierce.

Swimmers were focused to do their best and after each run fixated their attention on an electronic board collecting times to see if their best was among the standings. Some were happy with the results, while others promised themselves to better their times the next go-around. Each emotion felt at the meet is just par for the course.

“Something like this (meet) is so exciting because of what Paralympics has done and is doing for us athletes,” Lang said. “It’s so hard to put into words how exciting this is…, because we are creating moments that will last.”

“My mission Is to just get more involved and getting more kids involved in general,” he said. “It’s all about sharing the love and creating a space of comfort.”

To learn more about the Paralympics, go to https://www.teamusa.org.