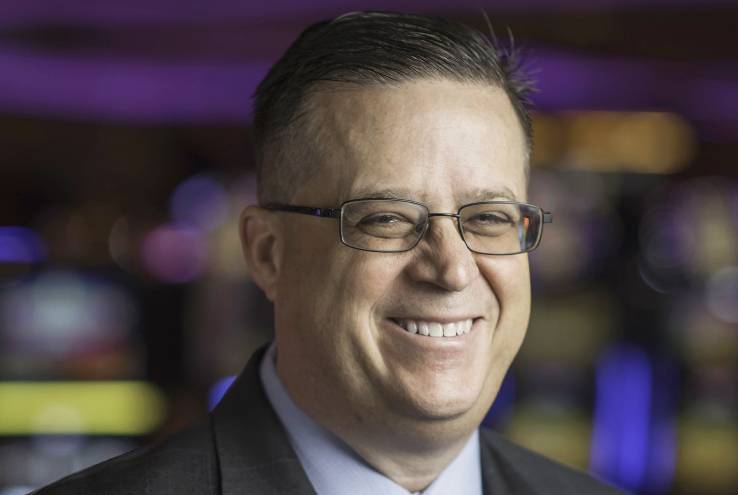 San Manuel Band of Indians’ Fire Chief Michael Smith continues to be fully committed to the success of Crafton Hills College. Smith, a CHC alumnus, graduated from the College’s paramedic program in 1992. He then went on to study at the University of Redlands, where he earned his bachelor’s in arts degree in biology. He then earned a master’s degree in leadership, with an emphasis in disaster preparedness and executive fire leadership in 2016 from Grand Canyon University.

Smith currently serves as a Director on the Crafton Hills College Foundation Board, where he helps to raise funds and support students with support from scholarships and emergency assistance to program enhancement at the College.

Smith credits his success to getting his start at CHC, and said he hopes to help the College make dreams come true for countless future students.

“I really got my start in my career field at CHC,” Smith says. “As a graduate of the CHC Paramedic Program, I acquired not only the knowledge, skills, and abilities to enter emergency services, but moreover the passion to do so! My support now is driven by the desire to pull up the next generation so they can enjoy the same opportunity and rewards which I have.”

As a member of the Board of Directors for the College’s Foundation, Smith helps reduce financial worries for students. Last year, Smith helped the organization launch the Because of You campaign with the goal of raising a $1 million for an endowment to provide long-term financial strength for the College.

The endowment fund is an investment which will provide a perpetual resource of unrestricted funds for the college to use as future needs arise. Ultimately, the goal is to create an endowment that would support the needs of all students on campus year after year.

Smith brings an extensive background in fire safety and prevention to the San Manuel Band of Mission Indians. Prior to his position with the Tribal government, he took on numerous roles within fire service, including serving as the executive officer and a colonel for the California National Guard’s California Cadet Corps. Smith is one of only a few dozen who is certified by the State of California as a fire chief and has been designated by the International Commission on Professional Credentialing as a Chief Fire Officer.

His dedication to service and helping those in need has taken him to all corners of the country. As a part of the Disaster Medical Assistance Team, Smith was a part of teams that responded to the attacks in New York City on September 11, 2001, the devastation of Hurricane Katrina in 2005, and the disasters caused by Hurricane Maria to Puerto Rico in 2017.

For current and future CHC students, particularly those in the public safety programs, Smith has one piece of advice. “Make service a passion and commit to being a lifelong learner in your chosen profession.”

To support Crafton Hills College’s Because of You Campaign, visit www.craftonhills.edu/endowment. Your gift will provide direct support to students and additional funding for public safety programs, both now and in the future.