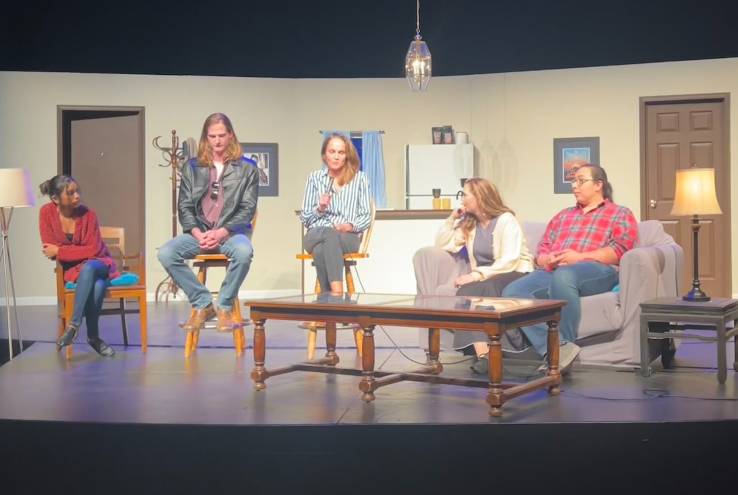 The play is about how actor Judy navigates the ins and outs of her open marriage with Gil. She wants to be on board and have Gil in her life while reining in her jealousy and insecurities.

The stage was carefully designed, and there are minimal scene changes and a handful of blackouts, creating the ideal minimal backdrop to bring focus on the performances and the play’s theme.

During the play’s first performance. spectators were surprised to find that OPEN’s playwright, Melissa Harkness, was in attendance, and a buzz filled the theatre when stagehands placed stools on the stage for those who wanted to participate in a post-show talkback. Harkness and the cast took center stage and answered questions from the cast, stage crew, production team, and audience members. Harkness revealed the reason she wrote the play and remarked on how impressive she found the stage and Finkelstein Theatre.

The next production of the Crafton Hills Theatre Department will be The Rowan Knight scheduled for December 2, 3 and 4